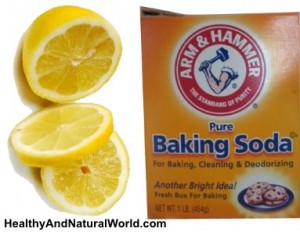 If you are a supporter of alkalizing therapy, then this natural treatment for cancer will resonate with you.

In vitro tests have shown cancer cells thrive in acidic and oxygen-free (anaerobic) environments. The first to describe the correlation between the acidic environment and cancer cell growth was Dr. Otto Warburg, who was awarded the Nobel Prize in physiology in 1931. In his work he scientifically explained how the growth of cancer cells is triggered in the absence of oxygen, and as a result of sugar fermentation that occurs under such conditions. Dr. Warburg was in fact describing acidic conditions. For cancer cells to maintain effective metabolism, they need a pH between 6.5 and 7.5. Their tolerance for change is small, therefore it has been argued that by raising the blood’s pH, we will effectively target the cancer cell’s cycle, stop its growth and cause it to die. The key is to make your body more alkaline, and different ways to do that have been proposed (find more information in my previous article about how to balance your pH and find out if you are too acidic).

It has been shown that sodium bi-carbonate (baking soda) alkalizes the area around the tumor and prevents development of metastasis (spread of a cancer from one organ to another) in mice with breast cancer. A study published in Cancer Researchin 2009 confirmed that inhibition of tumor’s acidity reduced the number of metastasis in some cancers. A new study is underway at the University of Arizona Cancer Center, which will look specifically at the effects of sodium bicarbonate on breast cancer patients.

Lemons, too, help to balance the body’s pH. They have an alkaline effect on the body, despite their initial (citric) acidity. They contain limonoides which are phytochemicals and have anti-cancerous properties. Vitamin C destroys free radicals, which damage our cells. An interesting thing about lemons is also that they act as an anti-microbial. Some researchers suggest that cancer is like a fungus, and should be treated in the same way, so lemons might be a powerful remedy.

Now put baking soda and lemons together, and you get a potentially powerful anti-cancer concoction. Also, lemons are a safe way to introduce high alkaline substances into the system. If successful, this method destroys only cancer cells, while healthy cells are left alone. You can ingest the mix by drinking a glass of water with half a lemon and half a teaspoon of baking soda. Livestrong website recommends to drink this mixture between meals, as if taken with food, it will reduce the effectiveness of the stomach’s acid and compromise digestion. Other methods of taking the mixture have been described, but they might require professional guidance, such as intravenous vitamin C therapy.

As we know, conventional cancer therapies come with many side effects, and sometimes there is little they can do for the patient. According to The Cancer Alternative Foundation, when applied properly, alkalizing or ‘pH therapy’ has had a success rate of 80% and higher, which is a hugely significant rate when compared with some of the mainstream methods. There are of course many factors that influence the individual’s treatment process, and there is no cure that would suit all. What is important is to keep an open mind, and evaluate all options available.

The 3 Best Pregnancy Tips I Got

5 Natural DIY Hair Masks To Get Rid Of Dandruff Permanently